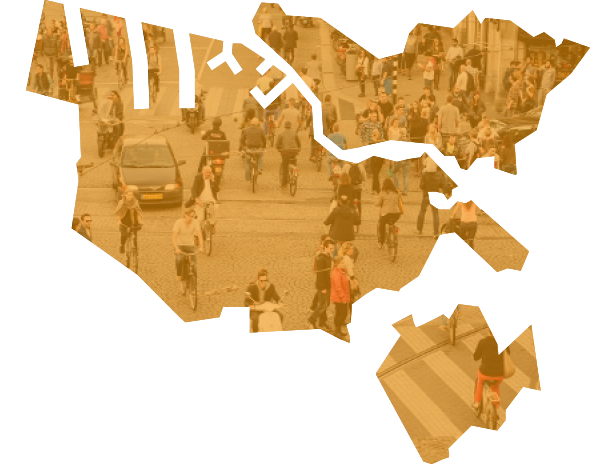 Though not the seat of Dutch government, Amsterdam is the capital city and the largest city in the Netherlands. Compared to other Western European capital cities, it is relatively small as it has less than one million inhabitants. However, the population has been growing rapidly these past years. Since the early 1980s, Amsterdam has experienced profound transformations: from population decline, high levels of unemployment and criminality to population growth and economic development.

The port, once at the heart of the city’s development as a trade and finance center, is not leading anymore in the labor market structure. Instead, the economy of Amsterdam is now mainly shaped by the services sector, tourism and culture.

Known as one of the cities with the most diverse population in the world, Amsterdam has been a city of immigration since the 17th century. Since 2011, more than half of the city population is either born abroad, or has one parent born abroad. The largest immigrant groups have origins in Morocco, Turkey and Surinam.