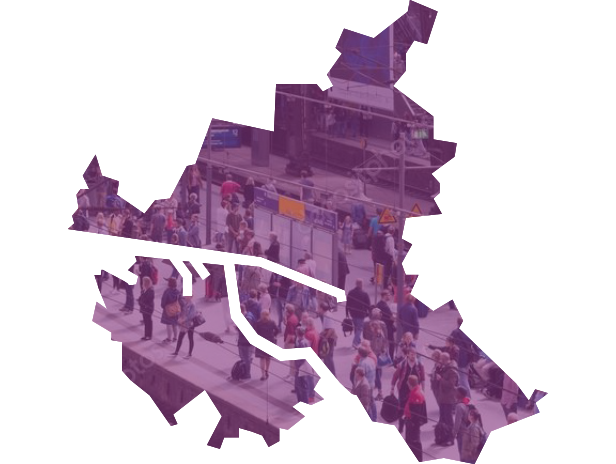 Hamburg is, with a population of approximately 1.8 million inhabitants from 183 different countries, the second largest German city after Berlin. It is the eight-largest city in the European Union, as well as the unions largest city which is not a capital city. Urban exodus and suburbanization have led to a population decline until the mid-1980s. However, since then the population has risen again and is expected to further grow to over 2 million inhabitants by 2030.

Hamburg’s population is thereby increasingly becoming more diverse. At the end of 2016, more than 630,000 people with a migration background lived in Hamburg. Compared to 2009, this number increased by more than 145,000 people. Their share of the total population increased in this period from around 28 to 34 percent. About half of people with a migration background have German citizenship. The by far most frequent countries of reference are Turkey and Poland with a share of 15 and 12 percent of the population with a migrant background. Due to the influx of refugees in the last two years, significantly more people were identified with Syrian, Afghan, Iraqi, Romanian, Bulgarian and Eritrean migrant background than at the end of 2014.

Economically, Hamburg is still largely driven by its port. It is one of the largest transshipment ports in the world, making Hamburg, together with its international airport, one of the most important logistics locations in Europe. Currently, however, the city seeks a structural shift towards a more creative, science and finance-based economy. Today, Hamburg has already one of Europe’s leading media and video game industries, a growing startup ecosystem and a vibrant cultural and creative scene.